In the previous installment, we reviewed how LED is more energy efficient than any other existing lighting technology.  In this session, we will briefly go over 3 other benefits of LED lighting: its instant turn-on time, its potential to enhance brightness, and its ability to minimize wasted light.   An additional benefit of LED lighting, it’s increased rated life, will be discussed in a future LED Mini Series installment.

Other high-power lighting technologies such as metal halide and sodium vapor can take up to 15 minutes to reach their full brightness.   LED turns on instantly eliminating any idle start period a business may have.   This LED benefit mostly applies to indoor, high-ceiling applications such as warehouses, gyms, manufacturing sites, and auto-service shops where these older technologies are still in use.  LED’s instant-on nature also better lends itself to occupancy-control strategies opening further energy saving opportunities.

The next benefit of LED is its potential to enhance the light quality in a space.  LED is so energy efficient that markedly higher brightness levels can be achieved while still reducing a lighting system’s overall power.  For a simple example, 400-watt metal halide lamps are often used in warehouse settings.  Typically, 100- to 150-watt LED fixtures will produce equivalent levels of illumination.   If brightness above and beyond previous levels is desired, 200-watt LED fixtures could be selected.  Provided other key aspects of both the LED fixture and the warehouse itself are taken into account, brightness could be increased by 30 – 50% while still saving upwards of 50% on lighting energy.  (See this past Enlighten project that achieved both significantly enhanced brightness levels as well as terrific energy savings.)

The final benefit of LED revolves around its directional nature.  Unlike other lighting technologies which emit light in a 360-degree fashion, LED by nature emits light in a more controlled pattern.   A properly designed and selected LED fixture can therefore minimize light wasted on areas where it’s not needed.  The most prevalent example of this occurs at the perimeter of outdoor parking lots.  Light poles around the perimeter would throw significant amount of light beyond the property line where it may not be needed. An LED fixture could be selected for this application that emits light in a semi-circular pattern, thus significantly reducing light projected onto the street or neighboring properties. 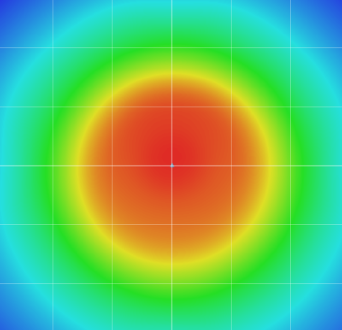 For some LED lighting projects, maintaining light quality is as simple as following the LED manufacturer’s replacement guide (e.g. 60-watt incandescent equivalent, 100-watt metal halide equivalent, etcetera).  Many other lighting scenarios require a good understanding of light design to maintain or enhance the light quality in a space.  Two similar looking LED lamps or fixtures can emit light in very different fashions.  Furthermore, an LED lighting system’s layout can significantly impact how a space is lit.  Therefore, when taking on a larger LED lighting effort where light quality is important, it’s very beneficial to work with a knowledgeable lighting partner.  The ability to estimate the illumination characteristics of a space based on a lighting system’s layout, its technical performance parameters, and the space’s dynamics is vital to achieving a desired outcome.

This LED Mini Series installment touched on the surface of some deeper technical topics.  If you have any questions or would like a more in-depth explanation of any of the concepts discussed in this or any installment, feel free to contact ENLIGHTEN directly: ledseries@enlightensolns.com / (313) 300-2843.