By now, most professionals in the commercial building space are familiar with Net-Zero Buildings.   Fewer, however, have heard of a Grid-Interactive Efficient Building (GEB).  GEB is a term and area of research being promoted by the U.S. Deportment of Energy (DOE)1.   It shares many concepts from the Net-Zero building but also strives for expanded performance capacities to support the future dynamics of a changing electric grid.   To better understand the DOEs concept of a GEB, we must first understand some past, present, and future factors affecting the electricity grid. 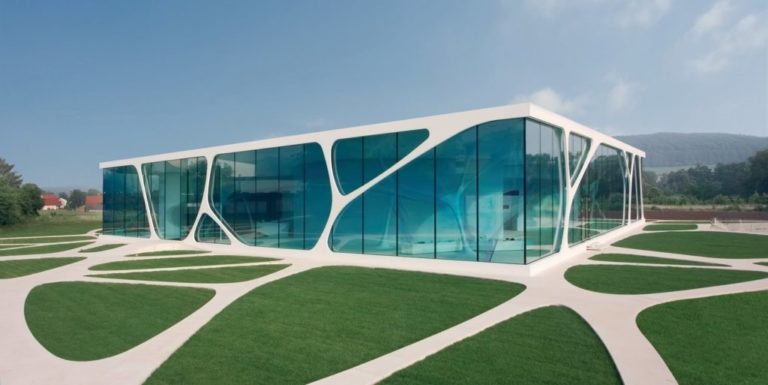 The electrification of everything from cell phones to office computers to cloud server storage to vehicles has presented a new demand sector on the electricity supply chain.   Fortunately, much of the recent increases in electricity demand have been offset by increases in building energy efficiencies.   Whether by higher R-values in building envelope, increased EERs for air conditioners, or vastly improved efficiencies from LED lighting systems, innovation in traditional consumption has  offset demand growth from newer segments.  The Energy Information Administration’s graph below shows how, since 2000, electricity production in the U.S. has been relatively flat2.

EVs represent the largest potential for future demand growth on the electric grid.  As of 2020, transportation represented 35% or 24 quadrillion British Thermal Units (BTUs) of the United State’s energy consumption mostly in the form of petroleum.  The electric grid currently consumes 36 quadrillion BTU3.   In short, if all vehicles go electric, transitioning petroleum use into electric would double the required output of the grid!

To temper that notion slightly, EVs currently only hold a market penetration of about 3% in the U.S, so a full electrification scenario is unlikely to occur soon4.  However, even a 20% market penetration rate would translate to approximately a 20% increase in required electricity production.  What makes EVs interesting is that they have the potential to impact future demand dynamics on the grid as well as supply and grid management dynamics; but more on that later.

Electric power from renewable sources (e.g. solar, wind, hydro, geothermal, and bio-fuels) doubled from 2000 to 2020.  In 2000 renewables represented 6% of the total electricity consumption and almost 12% by 20205.  Most of that growth was the result of solar and wind increases with wind production increasing by a factor of twenty and photovoltaic solar also seeing equally large percentage growth. 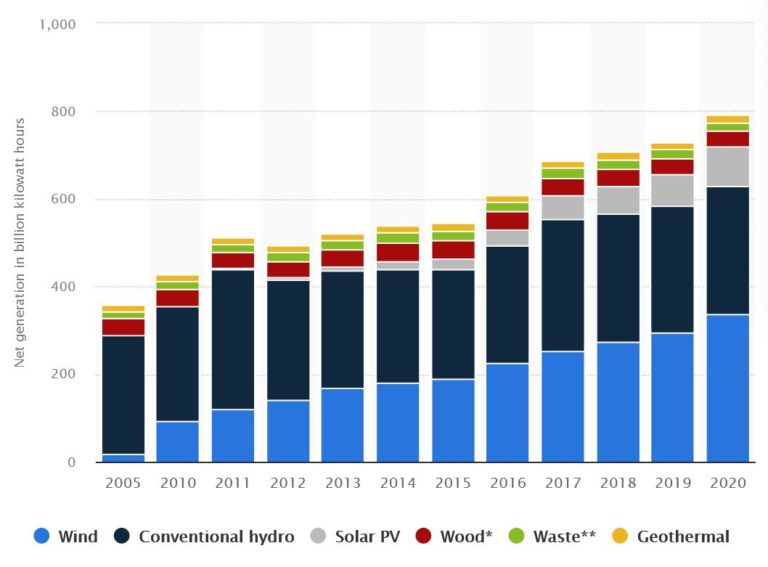 Photovoltaic (PV) solar and wind are the two most intermittent sources of power injected into the electric grid.  When the sun stops shining or the wind stops blowing, solar and wind plants significantly reduce their output.   The grid has been designed and traditionally operated around very stable sources of electricity production.  If a coal, nuclear, or natural gas power plant is turned on, its electricity output from minute to minute is very steady and predictable.   PV Solar is the worse of the two offenders with power output dropping by upwards of 90% if a heavy cloud cover passes over6.

Utility operators up to this point in time have not operated under this sort of real-time variability.  At their still modest 12% of electricity production, renewables do not yet represent a major issue to grid operability.  However, as renewables continue to grow7, an expanded technological and regulatory utility toolset will be needed.  Two main prescriptions to this intermittency issue include storage and demand response.  (Expanded transmission capabilities are another factor required for continued renewables growth, but this topic is beyond the scope of this article8.) 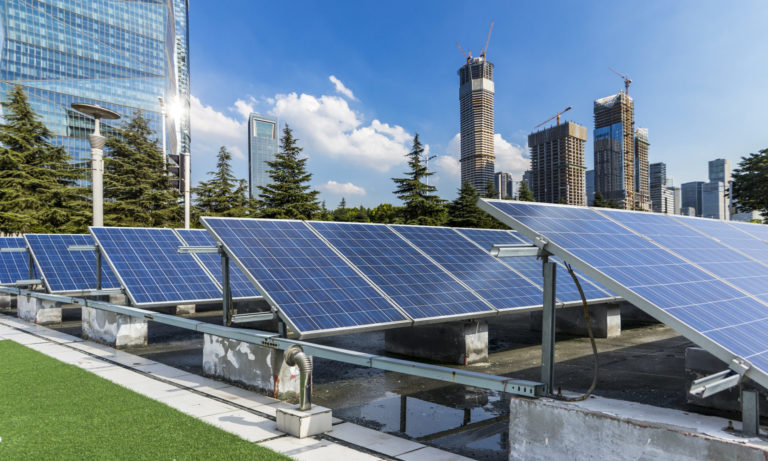 Demand response has been a utility tool for several decades now.   Peak demand happens on the utility grid typically mid-day during very hot or very cold parts of the year.   Factories are running, offices are open, restaurants are serving, and buildings of all sorts are trying to meet their peak cooling requirements.  Traditionally, cheap coal and nuclear facilities were ran 24×7 and met all base load, steady-state requirements.   Dirtier, more expensive but easier to ramp up plants such as petroleum were onboarded during peak periods.  Most generally, the incentive utilities provided for curtailing this peak demand was punitive electricity pricing.

If factories, offices, retail, and homes could curtail their use during peak periods, consumers could avoid the most expensive energy costs and utilities could avoid adding complexity to their current and future operations.  Beyond penalty pricing during peak times, more aggressive demand response programs involved opt-in customers allowing utilities to directly connect and turn down/off non-essential equipment such as hot water heaters, thermostats, and major factory equipment in exchange for incentive payments.

Grid Interactive: Grid interactivity is simply an extension of traditional utility demand response program.  With modern and future expanding data collection, analysis, and communication capabilities; utilities may be able to administer more advanced, real-time demand response program.  At the simple end of the spectrum, cooling systems may be turned off for minutes at a time during peak power output drops from solar and PV plants.   Indoor cooling temperatures would likely only rise one or two degrees since shutoffs would be for shorter periods and on a rolling basis.  At an even more advanced scale, a group of electric vehicles plugged in at a certain location may allow the utility to a draw a small amount of their stored energy in order to meet peak demand and / or fill the gap in between intermittent drops in renewable plant output.

To re-summarize: under historic demand response programs, buildings reacted to predictable periods of peak demand.   A GEB would react to not only this but to real-time, less predictable variations in electric supply.    Such capability may sound like a simple extension of traditional demand response programs, but will require far greater grid data collection, instantaneous big data analysis, and automated management of an exponentially expanded distributed network.

Efficient: Perhaps more simple than dynamic grid interaction, commercial buildings will need to continue to enhance their energy efficiencies to help curtail future growth in demand. The less electricity required by the buildings of the tomorrow the less new power plants, transmission lines, and distribution infrastructure will have to be built and maintained.   Efficiency improvements will take the form of continued advancements in new buildings and also in expanded efforts to bring older buildings up to modern performance levels. 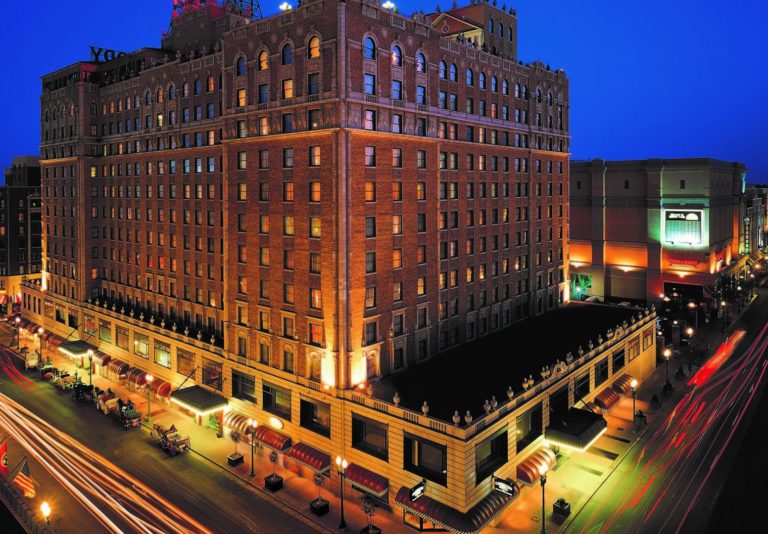 Example: So what might a GEB look like?  A new office building in downtown area plugged into a complex local grid would be a good candidate.  The office building would be highly energy efficient utilizing glazing and insulation with market leading R-Values, LED lighting systems with high efficacy and advanced occupancy control, and heating and cooling systems with variable space control and occupancy-based scheduling.

Going further, this urban office complex may have a rooftop solar system that assists the local grid with power production receiving an incentive for each kWh produced.   The PV array would receive real-time feedback from the local grid on whether more or less power is needed.  During times of low demand, the solar system may direct more of its power towards an on-site battery storage bank.   Conversely, this storage system could be utilized to capitalize on times of peak demand, earning high kWh incentive for supplying the local grid during peak pricing periods.  The on-site battery infrastructure could also be used to operate some building systems such as emergency lighting and elevators during power outages.

Finally, the office site would have high-voltage charging stations for several dozen electric vehicles.    Like the complex’s on-site battery storage system, the local grid may draw a small amount of power from these EVs to meet peak demand or renewable intermittency periods.  Owners of these vehicle would then receive a monthly incentive on their bills for participating in such programs.

So what is the difference between a Net-Zero and Grid Interactive Efficient Building (GEB).  The answer is they actually share a lot the characteristics: ultra-efficient energy systems, on-site renewable, local energy storage, etcetera.  However, GEBs differ in that the goal is not to produce more power than they consume but rather to thrive and contribute under the future dynamic conditions created by amplified electricity demand and renewable energy supply proliferation.   Such changes to building design construction and operation may sound daunting but present opportunities.  At times the real estate world can feel undifferentiated within each market class.  The capacity to design, build, and operate a GEB will represent a significant differentiation opportunity in the future.

Architects, developers, and building operators need not be hyper concerned over the GEB quite yet.   As the variables discussed in this article grow—increased grid demand and expanded renewable influence—state and local utility regulators react with regulatory and incentive actions to account for these dynamics.  For now, the DOE is focused on providing funding research and trial projects to help ensure buildings are prepared for this everchanging future.

NOTE: This article touches on many topics and provides only the simplest examples for high-level demonstration purposes.  Many of the topics discussed such as regulatory changes required or how vehicle electrification will affect the grid, or at what penetration rate renewables will start to have a grid operability impact can be explored in much greater detail but is beyond the scope of this article.

For questions on this article or information on Enlighten services, reach out at contact@enlightensolns.com