What Are kWhs, and How Can I Save Them?

By enlightensolutions | Enlighten | Comments are Closed | | 0
We hear about lowering your electric bill’s kWh usage all the time, but what is a kWh, and how can you use less of them?

A kWh, kilowatt-hour, is a unit used to measure how much electrical energy a building uses over a certain period of time (usually 1 billing cycle).   It is analogous to miles driven in a car.   If you are traveling for an hour at 60 miles per hour, how far do you travel if you drive your car at 60 miles an hour for one hour?  You travel 60 miles.

Similarly, kWh’s are accumulated by using energy at a certain velocity or rate (measured in kilowatts) fo
r a certain amount of time.  If you use 10 kilowatts for an hour and then 20 kilowatts for another hour, your building would have consumed 30 kilowatt-hours(kWh).

So how do you save kWh’s?  There are actually two ways: reduce the rate, or kilowatts, at which your building runs or reduce the number of hours certain equipment in your building runs.  First, implementing equipment that runs at a lower kilowatt rating to produce the same benefit will save on kilowatts and thus kilowatt-hours.  LED lighting is a great example of technology that produces the same amount of light as traditional lighting but which operates at a much lower kilowatt rate.  Second, shutting some of the building’s equipment off when not in use will save on the amount of hours during which equipment runs.  Lighting controls such as occupancy sensors that turn off lights when no one is present is an example of a technology that will reduce the amount of hours equipment (e.g. lighting fixtures) in your building runs.

In the end saving kWhs is pretty simple: use more efficient equipment such as LED lighting and/or turn off equipment while not needed either manually or with advanced controls. 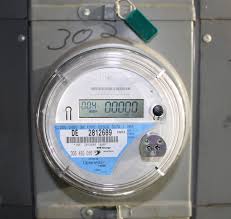